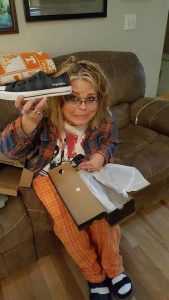 We are happy to announce that Atlanta based Comedian Angela Miller will be helping host this year’s Alzheimer’s Music Fest. Find out more about Angela at www.angelamillerstandup.com.

From filling clubs around Atlanta to being seen at comedy spots every night, she perfects her jokes at popular venues such as Atlanta Punchline, The Laughing Skull, Uptown Comedy Corner, as well as nationally at the World Famous Comedy Store in L.A.. Angela has come a long way from her start at a local urban club, having shared the stage with and opened for comedic greats like Margaret Cho and Barry Sobel. Angela has a comedic style that transcends age, race, sexuality, and culture; while holding a firm belief that the only color that matters is green.

Her natural, God given energy on stage, set up, punch joke style, and life inspired humor makes her one of THE comics to watch.

Angela was Creative Loafing Atlanta’s 2012 Comedian of the Year & their 2012 Reader’s Pick for Atlanta’s Hottest Female Comedian Entertainer. Ms. Miller was a runner up in NBC’s Stand Up for Diversity and was recently cast to star in the upcoming hit comedy series Big Daddies Comedy Club. She is also to guest star in the soon to be released Lifetime movie Anna Nicole Smith.